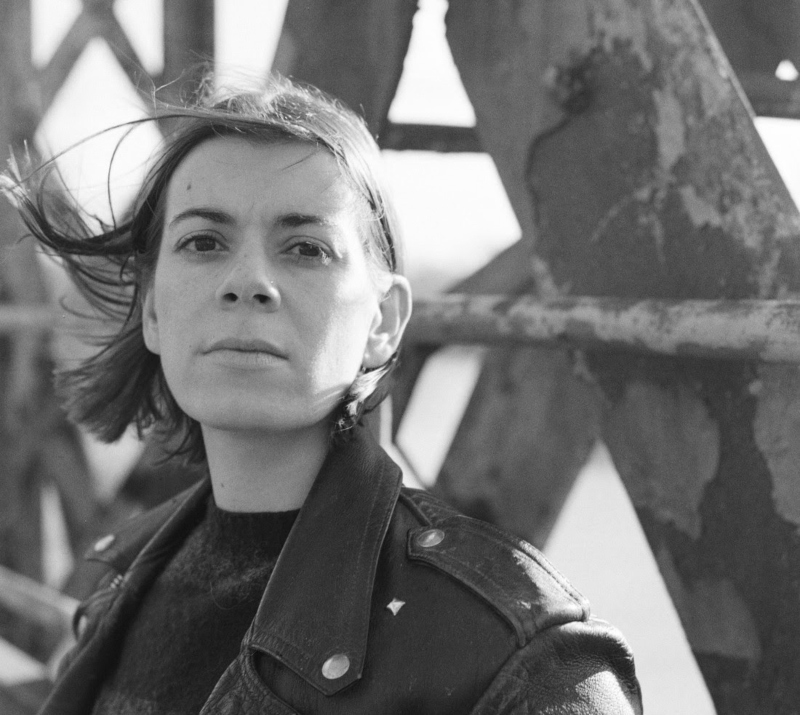 Liz Lawrence announces her third studio album ‘The Avalanche’, due September 2021, and shares new single ‘Down For Fun’. This album will be supported by an extensive run of UK headline shows later this year.

At the start of summer 2020, Lawrence left London and moved back to her hometown in the West Midlands. She built a studio from scratch with her dad, a carpenter, on the site where her grandfather’s garden shed had stood unopened for 20 years. She christened it ‘The Coffin’. During that period of upheaval, she completed the album, finishing the album by writing opener and lead single ‘Down For Fun’, out now.

“Moving back brought up a lot of complicated feelings, and Down For Fun is about returning to a place I was desperate to leave for so long,” she says. It is a big, bold, louche song that vibrates with teenage energy. “It’s definitely the sort of music I would have listened to when I was last walking down these streets. But it isn’t nostalgic. It isn’t sentimental. All the subcultures and countercultures I was around were very male-dominated, and this is about feeling like there are other options. It’s the words I needed to hear.” Amongst its wry observations of life in a small town, Down For Fun builds to a powerful declaration, a promise of strength for all teenage girls who are feeling sidelined: “You don’t need no correcting / Your body is a weapon you’ll need someday.”

‘The Avalanche’, due for release September 17th 2021, came quickly. Lawrence wrote, arranged and played everything herself, and for the first time, she produced the entire album, too. It allowed her to distill the essence of her celebrated live shows onto record. “I feel like there’s power and aggression in the way I perform live, and I wanted to capture that on The Avalanche,” she explains. “It was a complete pleasure to write. I’d had all that anxiety around releasing ‘Pity Party’ [her 2nd studio album] after such a long period of not writing under my own name. But I was buzzing off the fact that people were receptive to it live, and it gave me so much confidence to make this.”

Lawrence has harnessed her on-stage exuberance into a muscular, extroverted record. “I like to dance, and I like to move, and I wanted to make a record that people would move to quite naturally,” she says, acknowledging that it marks a shift. “I wanted it to have motion. I think it’s quite silly, and it’s joyful, and I’m not always sure people expect that from me.”  The songs are not so personal this time, informed by the world as well as what was going on in her own life. “I think that was a conscious decision. I’m becoming really aware of my own narcissism, and in fact the narcissism all around us.” It’s a theme Lawrence explored on 2019’s ‘Pity Party’, particularly on the droll single ‘None Of My Friends’, which was written pre-lockdown, but seemed to capture a certain lockdown mood. This time, she wanted to look beyond her own life. “I didn’t necessarily want to offer myself in that way again. I can be a real voyeur, and I was interested in what everyone else was doing. This is my Rear Window record.”

After releasing 2020’s ‘Whoosh!’ EP, which saw single California Screaming on BBC Radio 1’s Introducing playlist and the track Whoosh get Radio 1 plays from Annie Mac and Nick Grimshaw, Lawrence went back to the studio to put the finishing touches on ‘The Avalanche’. It was partly inspired by the artist Tacita Dean‘s huge, seven-metre drawing, The Montafon Letter, which refers to a disaster in the Montafon Valley in Austria during the 17th century, in which 300 people were buried. “And a priest went to the site to officiate the burial, and another avalanche buried him, and then finally another avalanche came and unburied the priest,” explains Lawrence. The morbid humour of it, and the idea that what destroys us may also save us, appealed to her.

With ‘Down For Fun’, the announcement of ‘The Avalanche’ and its subsequent UK tour, Liz Lawrence is quickly solidifying her place as one of the UK’s most talented and versatile artists.