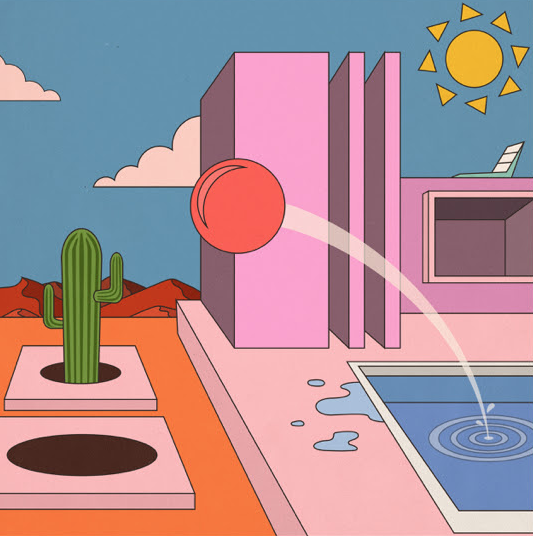 The accompanying video clip for ‘Mexican Holiday’ is directed by Ollie Birt. Tim says: “So my friend Paul went on a holiday to Mexico in 2014, he was having a break from Uni and was meant to be there for a few months. He ended up eating heaps of Peyote one night and deleted all his social media – he hasn’t ever been back to Australia and I haven’t really heard from him since. Apparently he works at a beach bar making cocktails now. I planned to and try find him last year … but COVID hit, so this song is about the trip that could have been.”

One half of Australian indie-pop duo Tim & Jean, the Melbourne based composer / producer embarks on his solo adventure with his debut EP release. Lauded by Triple J Radio, NME, Metal Magazine, Clash et al, Ayre‘s music is influenced by the Beach Boys, the Beatles, the Flaming Lips, Stevie Wonder and Daft Punk, gathering all these references and encapsulating them in his compositions.

From his room to the studio, Tim Ayre crafts on his own luxurious dream pop sound, blending guitar, drums, bass and synth that he plays himself. The result is a colourful yet nostalgic sound that borrows the authenticity of yesterday and turns it into a modern and vintage aesthetic.