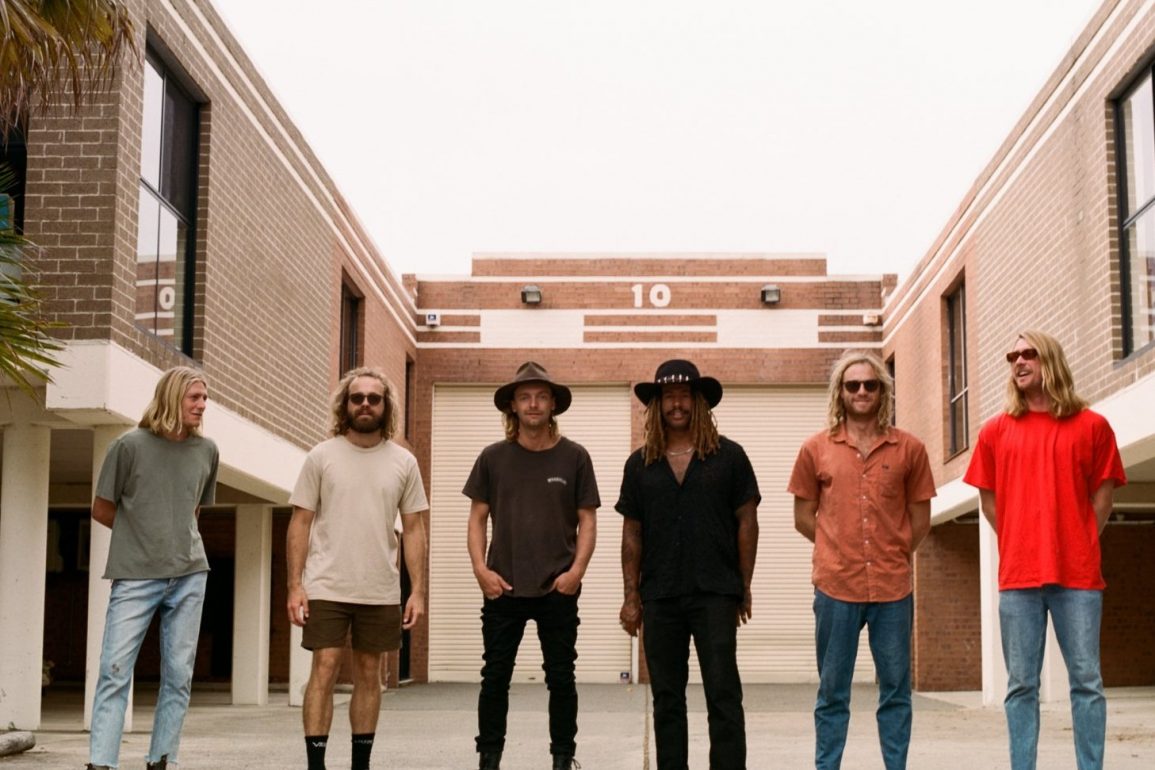 Beloved Aussie songwriters Ocean Alley have released their long-awaited third album Lonely Diamond , and have revealed it will be accompanied by a 12-track visualiser.

The masters of groove wrote and recorded the highly-anticipated follow-up to 2018’s Chiaroscuro over 18 months. Discussing the expectation they felt to deliver on this record, Ocean Alley explain, “The pressure was immense for the band but also for each of us individually. We had never been so exposed to critique like that before and it’s not something we ever expected to experience when we started doing this. At times we all felt a bit out of control but it was important for us to go through it together so we can back each other up.”

Lonely Diamond’s conception and progression was chronicled with the Constructing The Diamond video series, which gave a behind-the-scenes look into the band’s studio jam sessions, featuring previously released singles ‘Stained Glass‘, ‘Infinity‘, ‘Tombstone‘ and ‘Hot Chicken’, as well as previewing album highlights such as ‘Way Down’ and ‘All Worn Out.’ While much of Ocean Alley’s allure stems from their cruisey, laid-back swagger, the core themes of the album provide a darker snapshot of the impact that life on the road can have, exploring feelings of escapism and isolation.

“We had a pretty hectic touring schedule and spent a lot of time travelling which made us feel isolated at times. That constant pressure to perform whilst also managing things back home took a toll differently on us all. For us, music is a way to escape those feelings and doing it together has really reinforced how important it is to lean on each other when we have to. Music is our way of unwinding and helps remind ourselves to have fun and enjoy life. Music has a special way of doing that.“

They band continued, “Mental health can be a touchy subject but it shouldn’t be. Because we are very open with each other, that helps dissolve strong feelings and allows us to move forward together. The first step in breaking down barriers with other people is breaking down those barriers within yourself and realising that no one is perfect and everyone has bad days. When you can love and support yourself, then you are in the perfect position to care for and support others.”

Ocean Alley are long-time supporters of community groups that advocate the importance of mental health, foster support networks and provide programs or tools that aid disadvantaged youth and people with disability. They work with and support One Eighty, Cerebral Palsy Alliance and Support Act.

Produced by long-time collaborator Callum Howell at the idyllic Grove Studios (built by INXS’ Garry Gary Beers), Lonely Diamond has been awarded triple j’s coveted Feature Album and The Music’s Album of the Week. It follows the success of Ocean Alley’s acclaimed second full-length LP Chiaroscuro which propelled the band into national prominence and saw them sell 25,000 tickets over 15 sold out shows that year in Australia alone – culminating with their ARIA nominated, double platinum-selling single ‘Confidence’ taking out #1 in triple j’s Hottest 100 of 2018. Their breakthrough year was backed-up with 30 sold out shows around the world in 2019, plus major festival appearances at Reading & Leeds Festival (UK), Splendour In The Grass (AUS), Sziget (HU), BottleRock (US) and more, with the band amassing more than 260 million streams to date.