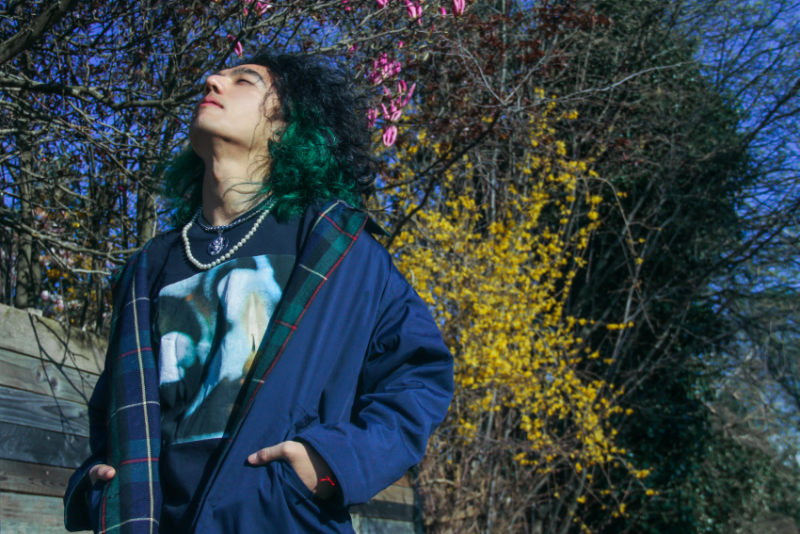 Born in Nepal and currently living in Belgium, Sunziro comes from a background of band music. Playing post-punk and garage rock, he also spent the last two years creating his personal take on underground hip-hop.

His music deals with themes of youth, isolation, love and heartbreak but never fails to provide comfort for the listener.

See our exclusive interview with him below:

When I was a kid my older brother used to have all these songs and music videos of artists such as Blink 182, Green Day, Lil Wayne and such on his mp3 and mp4 players. I used to listen and watch the songs there and then I felt like I just wanna do this nothing else.

Not really, it depends. It comes from a wide variety sometimes from a guitar riff or just a bass line or a drum beat or if I’m playing a cover song then I mash up the chords and melodies and create something of my own.

The love, the hate, the pain and the will to be someone great, just so when I’m gone there’s something beautiful people can remember me for.

The industry. I feel like art is something people shouldn’t judge cus what sounds nice to me might not sound nice to someone else and vice versa. It’s true that everybody has their own opinion so artists shouldn’t care much about the critics and stuff as well. Just keep doing your thing and keep doing you. Focus on the positive energy and the love rather than dwelling into negativity.

Both half. There’s freedom in creating but also I feel like performing live has a better and deeper connection with the fans.

That my music inspired them to write their own and all the positive messages I receive, means a lot.

My EP is coming out 5th April so you can expect that, it has a varied mix of genres and sound and really great songs. Produced by my close friend and a really good artist Pavao Sabados aka wheres ren. This might be my best work so far in recent years and also it’s pretty big for me cus this EP and the previous single that I’ve released from the EP are getting released on all major music platforms since coming from just posting songs on Soundcloud, it’s pretty huge for me on a personal level also cus it’s my debut EP. What I can say after that, for the near future of my music is don’t expect
anything cus it might be anything, I like to experiment with a lot of sounds and different genres, just a year ago or two I was doing trap before that I was doing garage rock and stuffs now I’m doing more of a lofi/Indie stuffs so yea maybe I’ll do shoe-gaze or ska next that’d be cool.