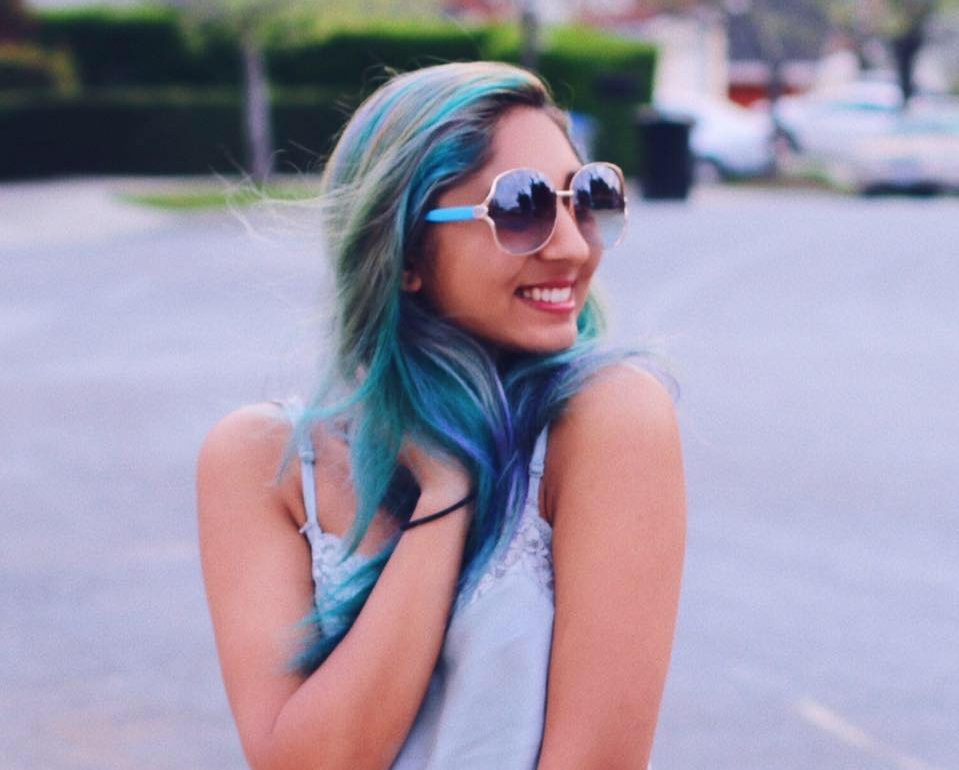 Intricately weaving between the lines of industrial rock and ‘sad-girl’ pop, Someya achieves unprecedented levels of cinematic emotions with her latest single ‘Always Here’. The San Jose, CA native displays a daunting ability to construct a narrative that favours the creation of art, rather than subscribing to predictable commercial appeal.

Teaming up with Ed Clare and Georgann Ireland of Nova Noir Productions, Someya brought her vision for ‘Always Here’ to life alongside engineer Reto Peter, who is best known for his work on Green Day’s Grammy-winning masterpiece ‘American Idiot’.

Growing up, I used to love listening to Hannah Montana, Selena Gomez and the Scene, and Avril Lavigne. I also participated in many musical theatre productions, choir, band, and anything else music related that I could.

Each song is so different to write. They usually just flow through me when I’m in that specific state of mind.

My creative inspiration comes from many places. I am inspired by listening to music I love, watching interviews of my favourite musicians talking about their craft, channelling the emotions I am going through as I live my life, reading amazing books, and especially being around other musicians.

It is sometimes frustrating that being a business person is more important than being a really good musician in order to make it these days as an independent artist. We have to think about the number of people streaming just as much as the quality of the lyrics we are writing. If it were up to me, I would create more avenues for independent artists to get their music heard by large audiences. In my opinion, that would be a major improvement to the industry.

I genuinely love both studio work and performing and interacting with a live audience, but for completely different reasons. I’ve found a really great team working with Nova Noir Productions on my upcoming EP. When we were recording it, I was part of the creative process every step of the way. It was really fun because it was just entire days dedicated to making art with others who love being in the studio as much as I do. It was very special. On the other hand, performing is just one of my favourite things in the world. I’ve loved it since I was young and even when I sometimes get nervous, it always feels really natural to me. Like there’s nothing else I’d rather be doing at all.

One of my fans was messaging me recently, showing me her Spotify wrapped for 2019. I’m her top artist and she was saying how the only reason she’s on that social media platform right now is because of me. I think it is sweet that I’ve impacted her positively through my music.

What’s on your current playlist?
A lot of Lolo Zouaï, Halsey and Lana Del Rey.
Breakdown the news for us: what can we expect from you in the near future?
I have an EP coming out in 2020! It’s an eclectic mix of songs telling a dreamy story. The songs span multiple genres and I think there’s something there for everyone.