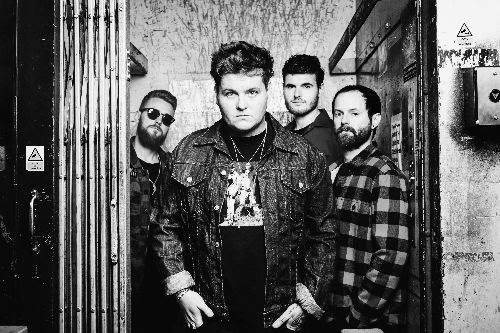 Having recently signed a worldwide deal with Snakefarm Records/Universal Music Group, Birmingham’s finest, Broken Witt Rebels, have shared their brand new track, ‘Running With The Wolves’, taken from their upcoming second studio album, OK Hotel, which is set for global release on the new date of March 13th.

Delivering a stunning hit of contemporary, blues-inspired rock‘n’roll, ‘Running…’ is a galloping, flag-flying anthem with an infectious stadium-sized chorus sprinkled with a dose of modern Nashville-meets-cutting-edge-pop flavour; a sonic cocktail that has seen the band dubbed “the Brummie Kings Of Leon”, inspired by the likes of Rival Sons, Kaleo and Alabama Shakes.

Vocalist Danny Core comments, “It’s a song about not waiting for things to happen and taking opportunities when they come up. If you want it, go get it and make your own destiny no matter what the hurdles are. Don’t let anyone hold you back.”