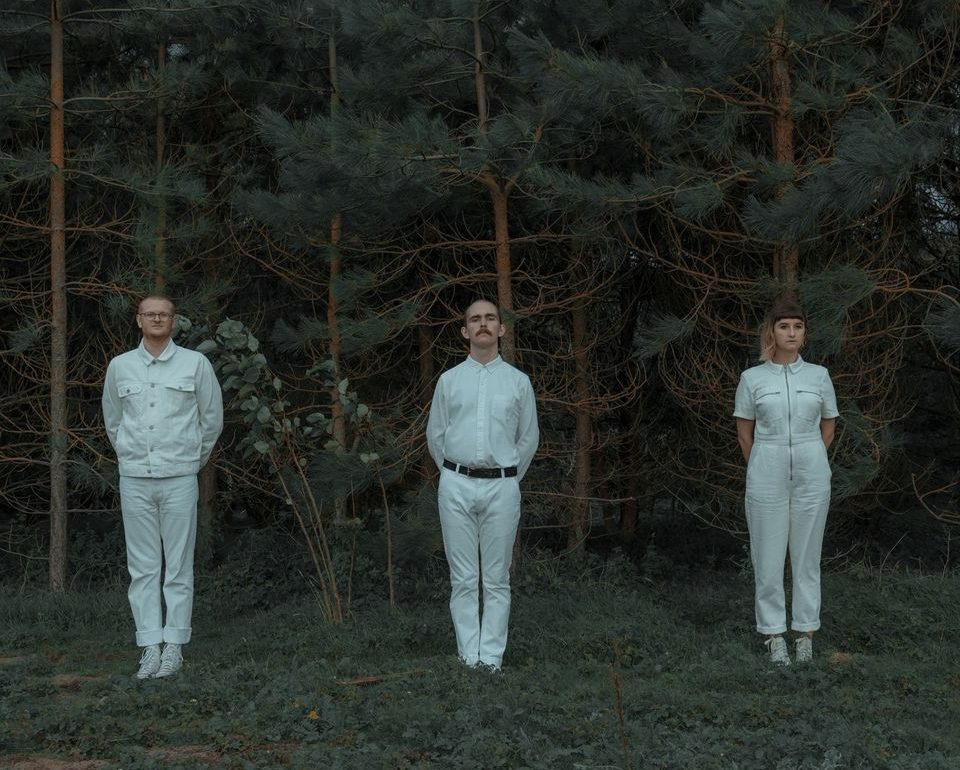 SPQR are known for making a visceral, new brand of art-rock. For a short while they were active on the UK DIY scene, perfecting their live show, and honing in on their sound. 2019 has been the band’s busiest year to date, after releasing their new EP Low Sun Long Shadows, they have been touring consistently.

SPQR have released two EPs. 2017’s self-produced, The House That Doubt Built, was also mixed by Tom Longworth (Catholic Action, Calva Louise). The collection of songs saw the band receive praise for how unique yet developed the band’s sound was. Praise came namely from The Quietus, Dork and Line Of Best Fit.

I suppose I first started listening to music *properly* when I was around 12 or 13—when I started to want to listen to albums and I started feeling like I knew what music was ‘good’ and what was ‘bad’. Of course, I had no idea and no-one ever will because that’s just not how it works, but when you’re young you’re blinkered and very opinionated!

I loved Green Day so much. That’s my strongest memory. I’d sit and read and listen. I can’t read with music on these days, it has to be in silence or I can’t concentrate. I wonder what happened there! The albums I liked are still great albums, but my music taste gathered up much more in the coming years.

I don’t know if anyone agrees but music production is really fuckin’ hard and it’s simply not something you just pick up. It’s time. So much time and a lot of trust in yourself. Also an acceptance of the chaotic nature of creation—giving in to those forces and letting it happen. I self-produced our latest single ‘Nuthin Gud’ with help from Con who is also an amazing producer (guitar/keys) and it was difficult but so freeing. I’ve only been really into it for about a year. It took me a very long time to realise what it really involves. I still don’t have any of the self esteem needed to produce someone else’s songs but maybe one day eh?

No-one ever asks this question and it’s one that I love to answer because songwriting is my truest passion in this line of stuff. The shows are good, but come with a lot of things I don’t like. The writing is time to connect, to express, to reconcile all of my feelings and to meld the songs into me. I’m sure you’ve guessed from that little outpouring that it’s something I do alone. I believe, like I stated above, in the chaotic nature of creation, and having people around that you have to ‘be a functioning human’ with just prevents a natural process!

Last year the only step I took was to rationalise some thoughts and take all the pressure off the process. It meant that songs weren’t good or bad, they didn’t take ages to do or too short a time to do, they were just songs, until outside influences put these tags onto them when the time was right. This method of a pure space to create leads to lots of half baked ideas, to a completely genre-less set of demos with no coherence, but it also leads to a connection to what you’re doing. Which is the whole point right?

If I was writing for a purpose other than connection, understanding and self reflection, then it would be a different side of the music industry. The side that has a lot more money but a lot less tangibility, if that makes sense! Something that I don’t have a problem with! It’s just…not me.

Silence! Complete silence. I love it. Books! Books with beautiful poetic messages written so perfectly between the lines that you have to think to derive you own meaning from them. Other music that connects with me, be it live or on record. The evenings. Between about 8 and 10 is my most creative time of day. Taking steps out of my comfort zone/routine every once in a while. Doing a double take on a decision you just mentally said ‘no’ to and going ‘actually… yes’. Solitude. Like I said before. I’m kind of an introvert disguised as an extrovert. People drain me, and I am not myself around them. Only when I’m alone can I truly tap into the things going on in my brain that I’d like to connect with and write about.

It all exists because it has to doesn’t it! And HAD to. As soon as people see a potential to make money from something it becomes a business and that’s unavoidable. Artists want it because if they can get paid for creating then why not? Money for doing something you love. Seems ace doesn’t it? But quickly people realise ways to make MORE money by figuring out what sells better and make the whole system more efficient.

I’m waffling on now, but my main point is, you have to do the business stuff if you want to make money from your art. If you don’t want to make any money, congratulations! You are the truest artist there is and shall remain free to do any art that you please for the rest of your life.

So, what I would change. If I’m answering directly I’d just say I wish there was less focus on bands clearly out to make a quick buck or gain fame or whatever and push more time into developing artists that are unique and beautiful and can actually give you something to love that’s deeper than surface level. Sound like a right tosser don’t I? Well, I am.

Studio work and music creation. I am struggling with the live aspect lately. I’ve really gone into myself deep this time and my resentment for humanity is at an all time high, so connecting on stage has been tough. Also the band itself is moving from a sort of three-piece punk band to a more complete production with a whole different energy. So grappling with all that is tough too. I spend a lot of time in my head. On and off stage. I see the worst in people that I’m trying to connect to with my band. Bit fucked isn’t it? I’m trying to sort it.

The live sing-alongs—after I’ve just slagged off the live aspect too! What an amazing feeling when a room full of people are singing your lyrics back to you. It is a very humbling experience. Makes it all feel worthwhile!

More singles coming soon! Then an EP, which I’m hoping will be a way to wedge our foot in the door enough to do our first album, then: a new album! I’ve started writing it already just in case the impossible happens and all goes to plan.

Hahaha, the classic: ‘It’ll be fine’