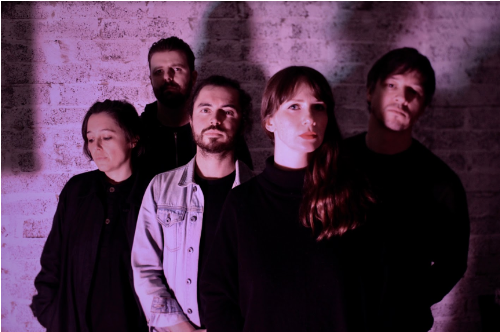 Belfast’s hottest emerging band New Pagans have shared a live video of them performing their award nominated single ‘It’s Darker’, recorded at The Palm House in their hometown.

It showcases the band’s effortless flair and raw energy which has fans and tastemakers equally excited and has seen them rightfully nominated as Best Live Act 2019 in the Northern Ireland Music Prize, as well as the track being shortlisted for Best Single.

Channeling elements of rock and alt-pop which sits them amongst the likes of Wolf Alice and Black Honey with Pixie-esque influences, ‘It’s Darker’ confronts an incident in which a musician became aggressive towards singer Lyndsey at a party and wouldn’t tolerate her opinions, reminding listeners of gender equality.

Originally released earlier this year, it has garnered notable support, along with the new single ‘Charlie Has The Face Of A Saint’, from the likes of Daniel P Carter, Phil Taggart and Huw Stephens at Radio 1, John Kennedy at Radio X, BBC Introducing, Amazing Radio, Kerrang, Louder and more.

Check out the video for their new single ‘Charlie Has The Face Of A Saint’ here, which was designed and directed by the band’s bassist Claire Miskimmin alongside Lyndsey and was inspired by their adoration for horror films and their collective visionary ideas.

New Pagans are currently performing throughout Ireland with upcoming shows in Portrush and Dublin before a hometown Christmas headline show at Voodoo, Belfast on December 22nd and have more exciting release news coming very soon.