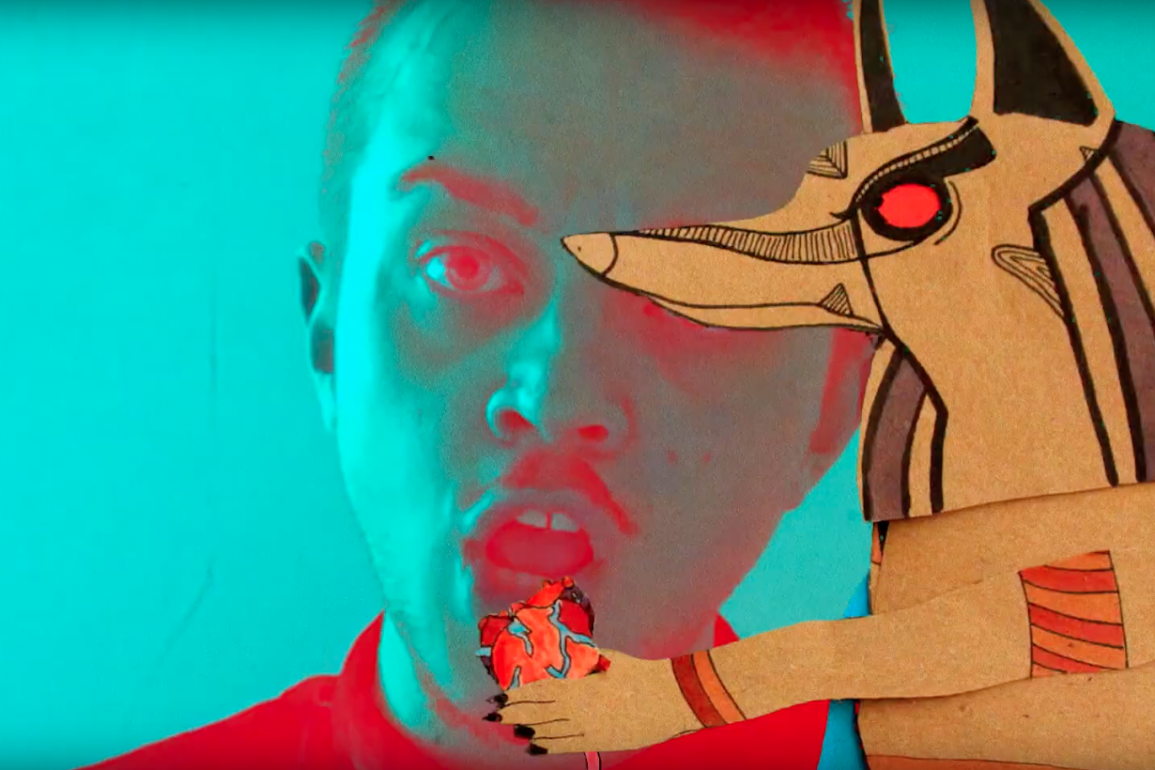 London-based four-piece The Jacques have shared their brand new single, ‘Kiss The Pharaoh’. It’s their first release in over two years and follows their signing to one of theworld’s fastest-growing independent labels, Modern Sky Entertainment UK. The band have also announced two headline shows at The Crofter’s Rights in Bristol on October 19th, and London’s The Water Rats on October 22nd.

Drenched in absorptive lo-fi tones, ‘Kiss The Pharaoh’ powers through brooding verses imbued with foreboding intensity, while echoic vocals and infectiously gritty guitars build into a hypnotic climax. The track is accompanied by a lysergic video, which sees ancient Egyptian imagery swirl amidst a mysterious and obscure narrative.

Lead singer Finn comments: “We wrote the song because we wanted to make something that sounded kind of creepy and that tells fragments of stories without allowing people to really get one solid meaning. A lot of my lyrics come out that way. If you listen carefully there are some moments where it goes all cute like a nursery rhyme with phrases like “daddy piggy” but then twists to “bodies on the table, bodies in the sink” within the same few lines. There’s a lot of reggae influence in that song too, which is a big part of my music taste.”

Having established a devoted following in both the UK and Europe since their formation five years ago, particularly in France where they are true indie-heroes, the band have taken their time evolving and crafting new material. ‘Kiss The Pharaoh’ is a thrilling taste of what’s to come as they re-emerge from the shadows, back into the white-heat of the public eye.

Tickets for both their London and Bristol shows are on sale now. With more releases and live shows to be announced soon, The Jacques are about to shake up 2019 and inject true attitude and passion into the alternative scene. Get ready to be blown away…