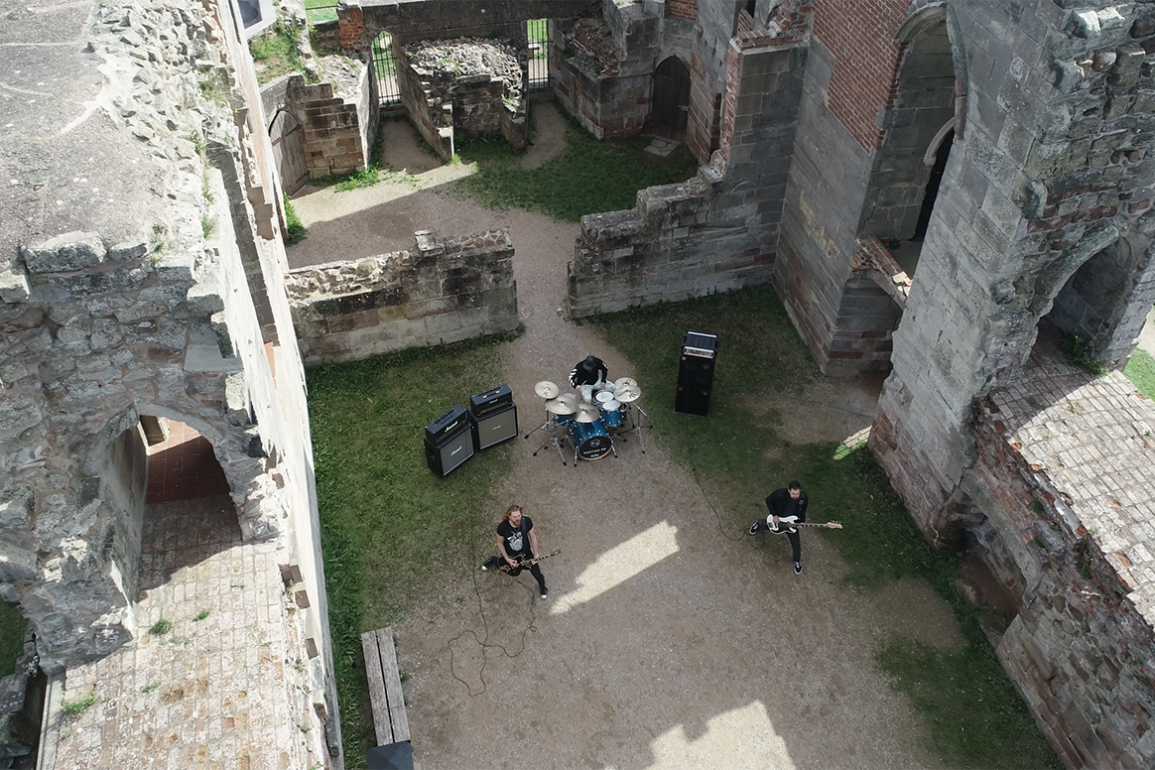 After the release of their high-energy single ‘Take You Down‘, Stafford rockers Weston Rd have released a video for the track. Vocalist Joe Blanks, Leon Philipsen on bass guitar, and  drummer Jake Brown deliver a primal rock performance set in the ruins of a medieval castle.

The video is a showcase of their stage presence as well as a candid look into the band’s off-stage antics, and the visuals setting for the hard-hitting track makes for a proper rock ‘n roll feel.

Weston Rd’s sound is reminiscent of Royal Blood meets Foo Fighters with the driving force of Avenged Sevenfold, but the track definitely has an idiosyncratic edge to it.