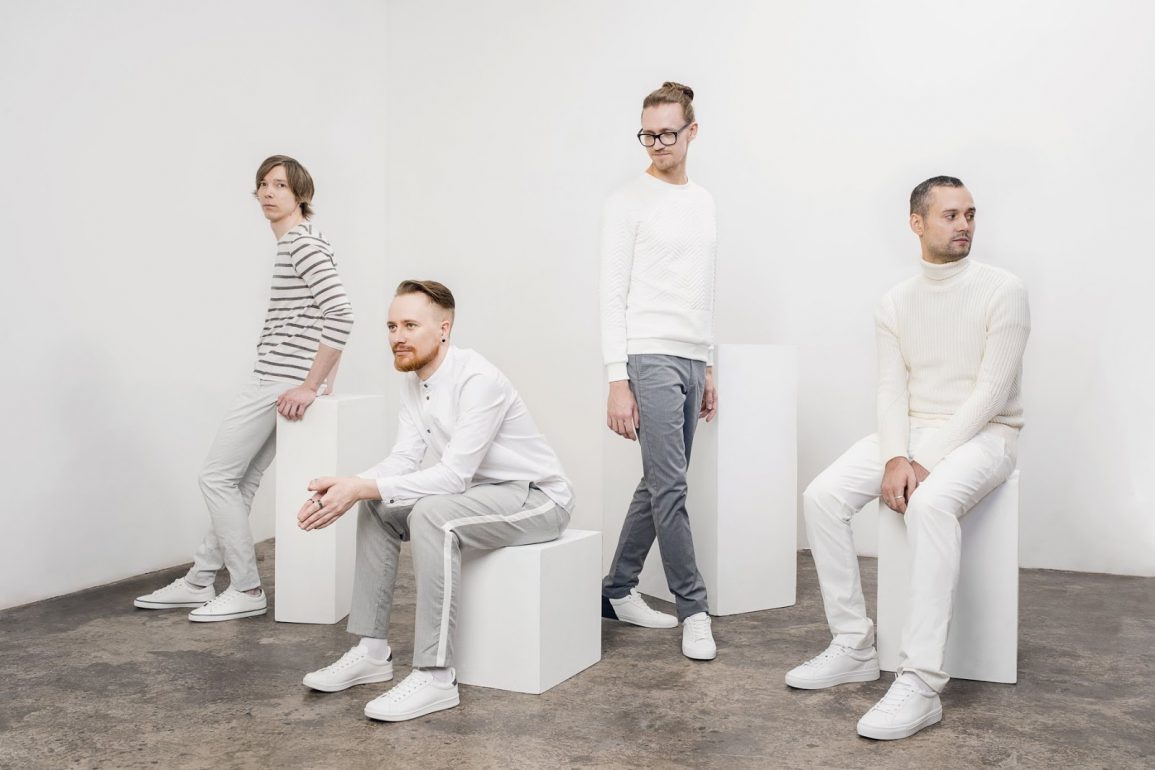 Last week, Moscow indie-rock sweethearts, Hospital, announced via their social media that they will be playing their last ever show on the 15th December. Although many heartbroken fans have responded with shock, the band have decided that it is time for them to move on from the churning, pop-infused, indie-rock jamboree of sounds that make up Hospital.

Made up of lead vocalist and guitarist Egor Berdnikov, Andrey Tsvetkov on lead guitar and backing vocals, Alexey Shorin on bass guitar and Vladimir Balovnev on drums, Hospital have supported the Moscow legs of huge international tours, including Lana Del Ray, The Neighbourhood and The Kooks. The group released a brand new album earlier this year, leaving us with the triumphant ‘Memory Waves’ LP, arguably Hospital’s most captivating release to date. Although the band will be missed, it sounds like there are positive attitudes all ‘round, and exciting projects on the horizon for these talented musicians.

We caught up with Egor, of Hospital and chatted about connecting with fans, disbanding and new horizons.

Hello! Before we dive in, set the tone for us. Why the arts? Why music?

Hey! I think the roots of it are in my childhood. My father is a huge music fan. He even had his own band in school called Broken Bus. Can you imagine? I mean it was USSR of the 70’s. Guess they played Deep Purple covers or something like that. In the late 80’s we had a huge vinyl and cassette collection so the music was always around me. I listened a lot of 60’s and 70’s stuff and also Russian band called Kino. When I was about 7 years old I heard The Doors. And that was it. I decided that I wanna be a rock star with a great amount of girls and leather pants collection.

Last week you broke the news to your fans that you’ll be playing your last ever show on the 15th of December – how were the responses from your fanbase?

Guess some of them thought it was a joke. Because actually we had a lot of plans for the following year. But it’s just collapsed in one second. So there were a lot of WTF kind of messages.

Your last show is taking place on 15 December at the Powerhouse club in Moscow – how are you feeling about the show?

This is pretty sad for one thing. But we hope the show will be great and the vibe will be positive. Because the end of something means the start of something new.

Tell us a bit about the music scene in Moscow – if you could change anything about it, what would you change?

Right now it feels like music in Russia is beginning to crawl out of that deep ass in which it’s been for the whole 90s. I mean there is more style in it. Although there is still no so-called “shobiz” as you can see in the west. No record labels, no music sales. Gigs are everything. Especially rap gigs. This kind of shit is on the top now in Russia. I mean these guys can fill 7000 capacity venue in a second. There are also a lot of teenager garage-rock and post-punk bands.

When you first formed Hospital, you all came from other bands at the time – what made you decide to all come together to form one group?

Because we all had the idea of the band as a gang of soulmates. We were familiar for years so it was much easier to connect between each other. We had similar music taste and three of us are from the same town. And this town taught us hold on to each other.

Over the years, you’ve played some truly amazing shows, including supporting massive acts on the Moscow legs of their international tours – is there a show that you can tell us about that was one of your favourite shows of all time?

I thinks the second show with The Neighbourhood was great. It was in Moscow and the feedback from the crowd was amazing. It was the only time I felt myself be so real. I stood behind the stage and the crown shouted “Hospital!”, even though we even were not headliners.

… and a show that you would prefer to forget?

Some people know about us after we played with Lana Del Rey, but to be honest I can’t remember this show at all. I came to Moscow from Germany, I had no sleep for 24 hours before it and I was a little bit drunk. But she was very nice with us while chatting after the show. I don’t want to forget it but I think it was not as good as it could’ve been.

Speaking of live shows – tell us about the chemistry you have with your fans on stage.

I am not a person who really likes to talk a lot on stage. Sometimes I am too concentrated with the music or just spaced out by it. But I really dig to dance and jump in the crowd on some tracks. It’s a very uplifting feeling to see them jumping right next to you and it’s like we are all a team. If you know what I mean. 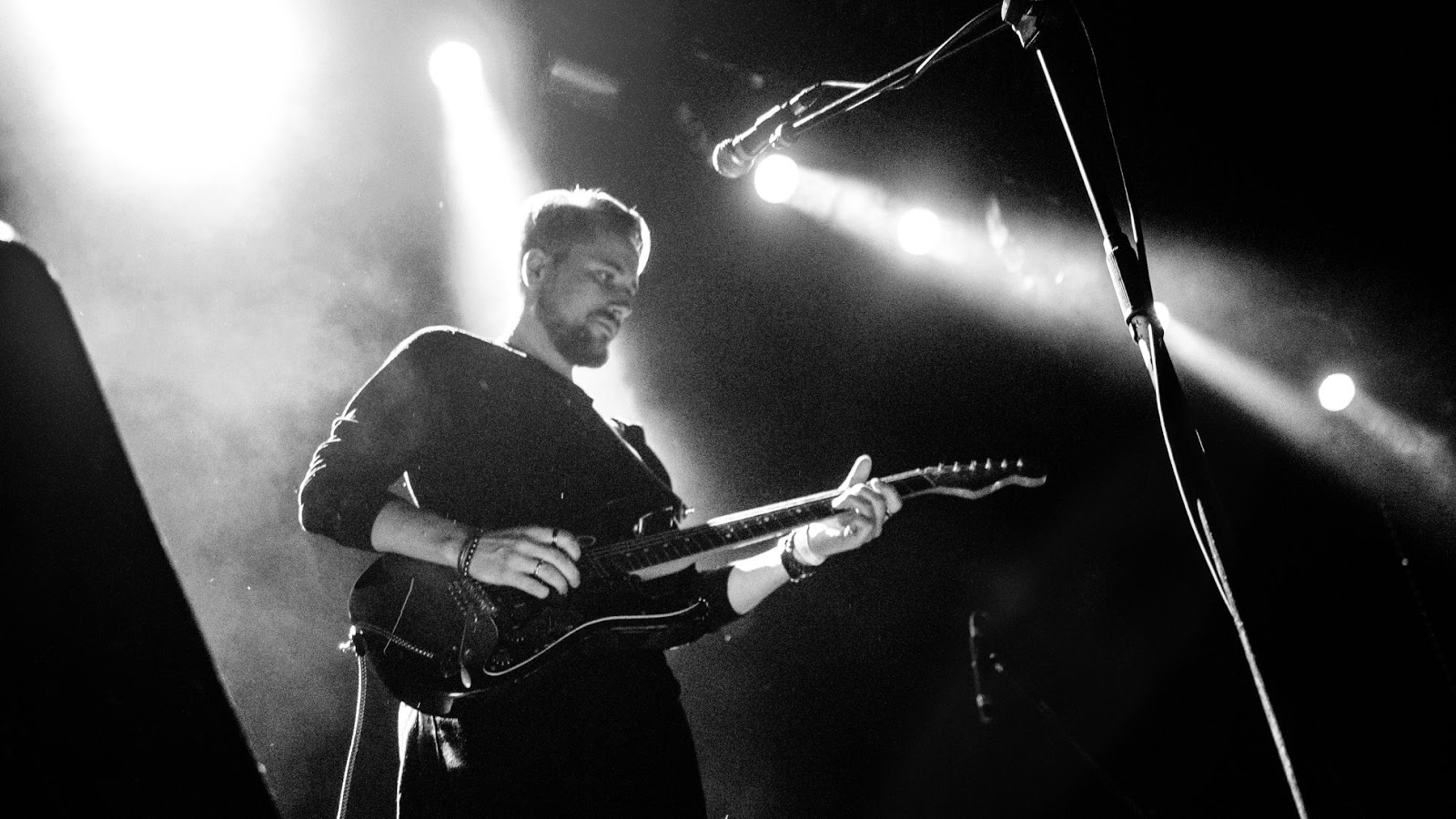 What do you usually keep close by while you’re playing a set?

A bottle of water, picks and a glass of cognac sometimes. I am not really good at singing so at the end of the show I need something to help my vocal cords.

You released a brand new album in September, ‘Memory Waves’ – congrats! Tell us a bit more about the process of putting the release together.

We were listening a lot of great 80’s bands that we think are now undeservedly forgotten. Like Tears for Fears and INXS. We are also big fans of The Cure. So we decided that there are a lot of 80’s disco bands and dance music with such a feel but what about guitar music? The idea was to mix up 80’s epic synths like the Yamaha DX-7 and Juno with guitar rock to reach the right mood of light sadness.
‘In the Evening’ was the first song recorded for the album, back in 2016. It was not the best time for the band because we were not sure if we should record anything at all. After the first half of the song was done, however, we decided that it might be the right sound for us, so we started working on some other songs. Actually it took one-and-a-half years for us to finished this album.

Is there any particular track from the new album that you can tell us about that’s particularly special to you?

Yep. ‘Golden Days’ because it’s like the diary of all my thoughts for all the time we did this album. It’s really personal.

Any emerging artists on your radar that you think the world needs to know about?

Will you all still continue with music after you disband? If not, what will you be doing?

Sure. At least, I will. I have a lot of new songs in the bag. I can’t live without music. I know it sounds pathetic, but it’s true.

What main message would you like to leave your fans with, before you begin on this next chapter of your lives?

If it didn’t work once – try once more. 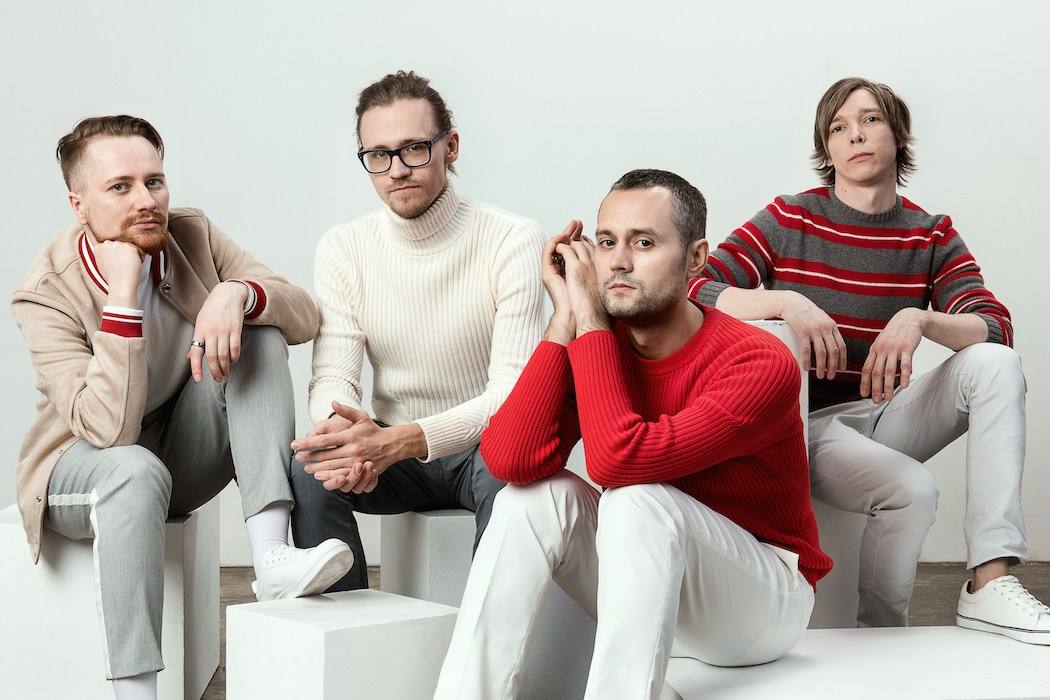