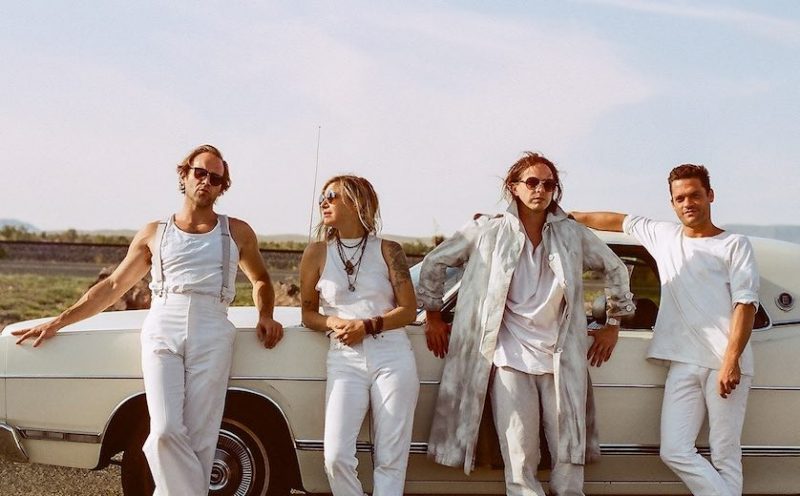 BRONCHO, the Tulsa, Oklahoma-based band of Ryan Lindsey (vocals/guitar), Nathan Price (drums), Ben King (guitar), and Penny Pitchlynn (bass) announce a UK headline tour in 2019, stopping off in Glasgow, Manchester, London and Brighton, along with US dates (see full schedule below). The tour announcement comes alongside the debut of the band’s new ‘Shot on iPhone XS’ music video for “Big City Boys,” produced in partnership with Apple, available exclusively on Apple Music (Watch here). Recreating a climatic scene from the S.E. Hinton coming-of-age classic, The Outsiders, the new video filmed in a Tulsa warehouse finds an all-female cast of modern day Greasers & Socials in the moments before a rumble. Director Richard Gene Farmer says it’s “a visual love letter to the film and music video history of on-screen “rumbles,” including Michael Jackson’s “Beat It,” West Side Story , The Warriors , and Rumble Fish .”

BRONCHO are touring the US now, playing numerous sold-out shows, in support of what’s being called their “best album yet,” “Bad Behavior,” with praise from NPR Music , SPIN, All Music, Brooklyn Vegan, and radio support from 6 Music, KEXP and more.
Churning out thoughtful, nuanced rock & roll with an art school spirit and a punk rock heart since 2010, “Bad Behavior” represents the band’s strongest effort yet. Following the catchy, playful vibe of past singles like last year’s “Get In My Car,” which also appears on “Bad Behavior” the new record reveals BRONCHO’s fly-on-the-crumbling-wall vision of our moral climate, complete with a reenergized, accessible sound and the charmingly sardonic, smiling-while-sneering delivery of singer and bandleader Ryan Lindsey.
“It’s a reflection of the current world: everybody’s been acting badly over the last few years so we made a record about it,” Lindsey says.
Album “Bad Behavior” Out Now Via Park The Van Record.