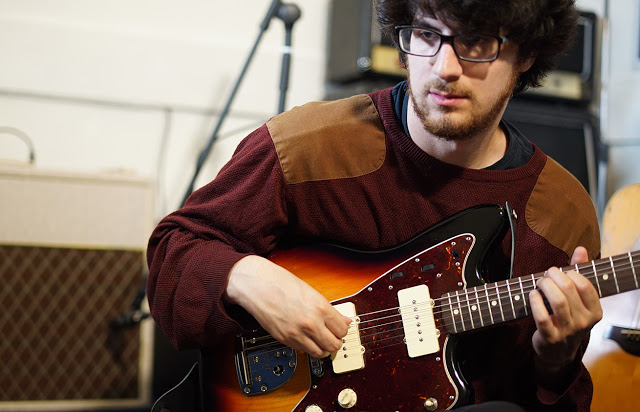 SWYM is the dreamy, guitar-filled brainchild of songwriter, producer and multi-instrumentalist Nassif Younes. Since its inception, the band has grown to include Isaac Barnes on bass-guitar/backing vocals, Innes Cardno on keys/guitar, and Kit Purnell on drums/ backing-vocals for live shows and Scott Bruce for recordings.
SWYM are currently working hard to finish their first ever album and have teased listeners with the announcement that they will be releasing two tracks on August 17, a single, titled ‘I hate You Because’, and a B-side, titled ‘Interlude (Goodnight Starlight)’. The tracks are two infectious indie-pop numbers that ooze originality and hope.
“Most of my songs come over time. The hook comes quite quickly and then it’s a slug to bring out the rest. ‘I Hate You Because’ was one of the ones that just came immediately. I was walking to the studio to give a guitar lesson and it all just happened there. Words, chords and melody at the same time. I left my student in the waiting room for 5 minutes so I could record it on my phone. As soon as I got home that day, I picked up the guitar again, put down the bridge and that was it.” – Nassif Younes
SWYM Upcoming shows:
8th August: Nice N’ Sleazy, Glasgow
10th August: Cafe Drummonds, Aberdeen