Interview: We catch up with SECRETS 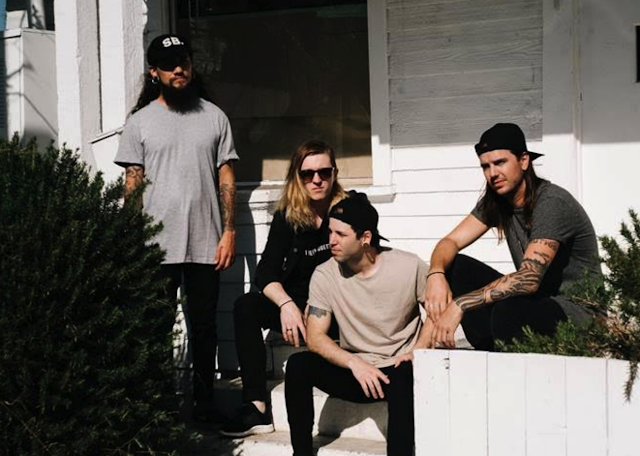 San Diego based post-hardcore band SECRETS are set to embark on an extensive world tour in support of their latest album Self Titled LP.  The band has confirmed dates in  USA, Mexico, Canada, South Africa, United Kingdom, Europe, Japan and SE Asia.

We caught up with them ahead of the tour to talk live performances and gear.

To those not familiar with you, how would you describe your sound?
We have a slightly eclectic sound that ranges from post-hardcore, pop punk, melodic metal and rock vibes – relatable to bands such as A Day To Remember, Underoath, Saosin and Pierce The Veil

Which three albums have influenced you the most creatively?
For me personally, I would say Homesick by A Day to Remember, Deja Entendu by Brand New and Define The Great Lines by Underoath

Tell us about the key pieces of equipment that you use to define your sound?
Kiesel guitars, positive grid amps for guitars and dark glass amps for bass.

Is there any “non-musical” ingredient that is essential to crafting your sound?
Good vibes

What has been your most memorable performance so far?
Detroit Warped Tour in 2014 was one of the most massive shows we have ever played. It’s actually featured in our music video for ‘Dance Of The Dead.’

And which performance would you prefer to forget?
I can’t remember the date exactly, but it was SXSW in Dallas, TX and it just so happened to be my birthday. Everybody got me way too intoxicated and I absolutely sucked, haha.

If you could collaborate with, or perform alongside any artist, who would it be? And why?
Ben Gibbard or Adam Lazzara. It wouldn’t make sense at all, but they’re two of my favourite artists and I think it would just be a good time to hang with them.

If you weren’t a musician what would you be?
A chef

Trent Reznor once said “To me, rock music was never meant to be safe. I think there needs to be an element of intrigue, mystery, subversiveness. Your parents should hate it.” What are your thoughts on this statement?
I agree completely. He said it best, so there’s not much for me to add.