Interview: We catch up with Kings of Improg 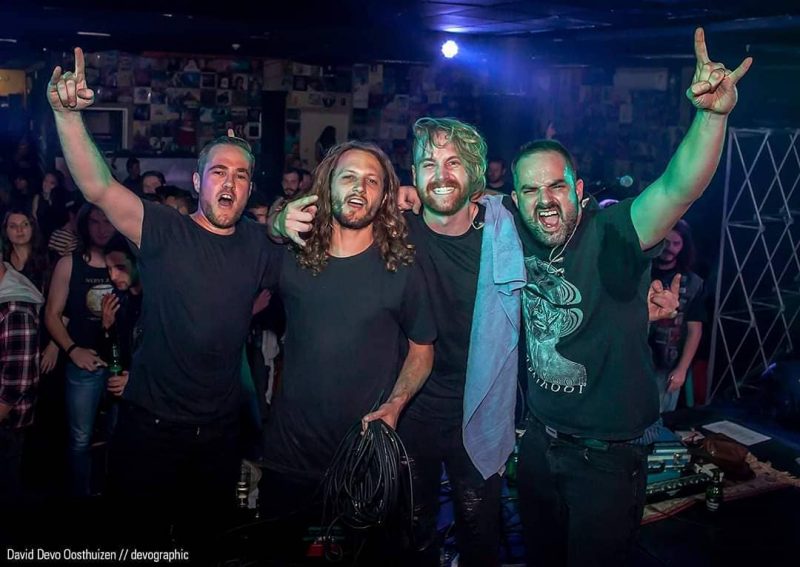 With humble beginnings as a “jam session” in guitarist Byron’s living room, the band has gone from strength to strength – and released their brilliant debut album Henosis in 2017.

The inspiration behind their sound was purely based on what transpired organically when they came together to play music. Thus, they initially named their project Kings Of Improv. This later evolved to their current moniker Kings of Improg blending the words “improv” and “prog.”

We chatted to them about their upcoming slot at the Misty Waters Music Festival in Secunda, South Africa (28 April) and also gained some insight into their creative process.

To those not familiar with you, how would you describe your sound?
The easiest category description would be Instrumental Post/Progressive Rock

We blend an eclectic mix of genres from hard alternative rock to progressive metal with blues, jazz & reggae influences, & everything in between, often describing ourselves as a progressive psychedelic instrumental blues rock jam band.

Which three albums have influenced you the most creatively?
Tool – Lateralus
Pink Floyd – Dark side of the moon
Karnivool – Sound Awake

Tell us about the key pieces of equipment that you use to define your sound?
Vox and Orange guitar amps add to our signature tone, Epiphone and Ibanez guitars are our axes of choice, and a Warwick 6 string bass brings the deep rooted low end that can be heard throughout our discography. Effects pedals make a big contribution as well, delay pedals add a lot of ambience to our sound, together with flange, phaser and tremelo effects.

Is there any “non-musical” ingredient that is essential to crafting your sound?
Beer and medicinal herbs

Studio work and music creation, or performing and interacting with a live audience, which do you prefer?
Hard to choose, because both are awesome! But gun to the head, music creation and collaboration itself is a special thing. We really do love the process of getting together, all from different angles and perspectives and approaches to music, and putting together the riffs and the ideas we have, piecing the musical puzzle together in studio where after months of tireless work we have a completed product to present to the world, it’s a great sense of achievement.

What has been your most memorable performance so far?
Our Album Launch for Henosis in May of 2017 at the Railways Cafe in Irene, South Africa, an intimate setting, packed venue, great fellow instrumental acts sharing the stage with us, awesome crowd response. Was an all round magical experience.

And which performance would you prefer to forget?
Playing to no one but the barman on a Tuesday evening at the other end of the province at a dead end bar called Smugglers.

If you could collaborate with, or perform alongside any artist, who would it be? And why?
The Jimi Hendrix Experience. Do we need a reason?

If you weren’t a musician what would you be?
Bounty Hunters

Trent Reznor once said “To me, rock music was never meant to be safe. I think there needs to be an element of intrigue, mystery, subversiveness. Your parents should hate it.” What are your thoughts on this statement?
100% agree. Rock music is meant to steer away from the norm, delve deep into the unknown and present the world with something different and exciting outside of what the societal structures dictate. If your parents can be open minded enough to enjoy, then all the better, but if you’re making music to please only the status quo, you’re going about it all wrong. Unless you can sleep with yourself knowing you’re selling out just to make a one hit wonder that the otherwise ‘squares’ of the world will enjoy, for a purely profit motive, then go right ahead. You won’t find any respect or adoration here though.

Tell us about any upcoming shows or releases you have in the pipeline.
We have a festival slot at the Misty Waters Music Festival in Secunda, South Africa on the 28th April. We are in the process of writing our second album due to be recorded towards the second half of 2018, due to be released early in 2019.