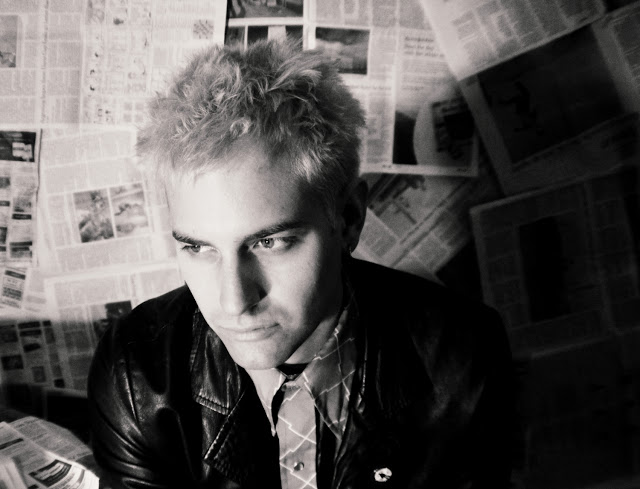 Billionaire’s upcoming album Cheap Credit! is set to be released via Blue Mary on March 31st, and audiences have been given their first taste of what to  expect through the release of the excellent first video, “Reasons To Be Fearful.”

John Sterry, aka Billionaire, self-produced the new album at Yia Yia Studios, with 5 original songs. Although inspired by a range of leftfield musicians such as Metronomy, Can, Talking Heads, Jonathan Richman, and Rexy, it is the influence of another of Sterry’s heroes, Tom Waits that shines through prominently on Cheap Credit! On the first single “Reasons To Be Fearful”, Billionaire presents a surreal list of concerns, from “man-eating spiders” to “great white sharks off the Southeast Coast”, before directly addressing today’s zeitgeist with allusions to “Russia getting bold” and “Sharia Law”.
According to dork.com, Sterry explains: “We wanted to capture this idea that you can know what’s going on in the outside world and still be kind of apathetic to it; that’s why we borrowed a load of old TVs for the shoot – to be the hermit’s only safe contact to the outside world. I mean, if you cared about everything you heard on the news you’d probably go mad…”
Billionaire’s work is smart and scathing, irreverent and profound, and this is an album that will reward listeners who value songs with real lyrical substance, as well as impeccable minimalist style. Self-produced and mastered at YiaYia Studios this collection of 5 original songs marks a shift towards progressive beats and richer production, while still preserving Billionaire’s uniquely skewed social commentary and sharp sense of satire.
With a string of tour dates to promote the album, Billionaire’s cutting brand of lo-fi electronica is set to be shared with audiences across the UK and beyond.
Cheap Credit! Tracklist
01 Reasons To Be Fearful
02 Death Of A Star
03 You Owe Me
04 World Loves a Trier
05 Bridge To The Living

Watch “Reasons To Be Fearful” below: