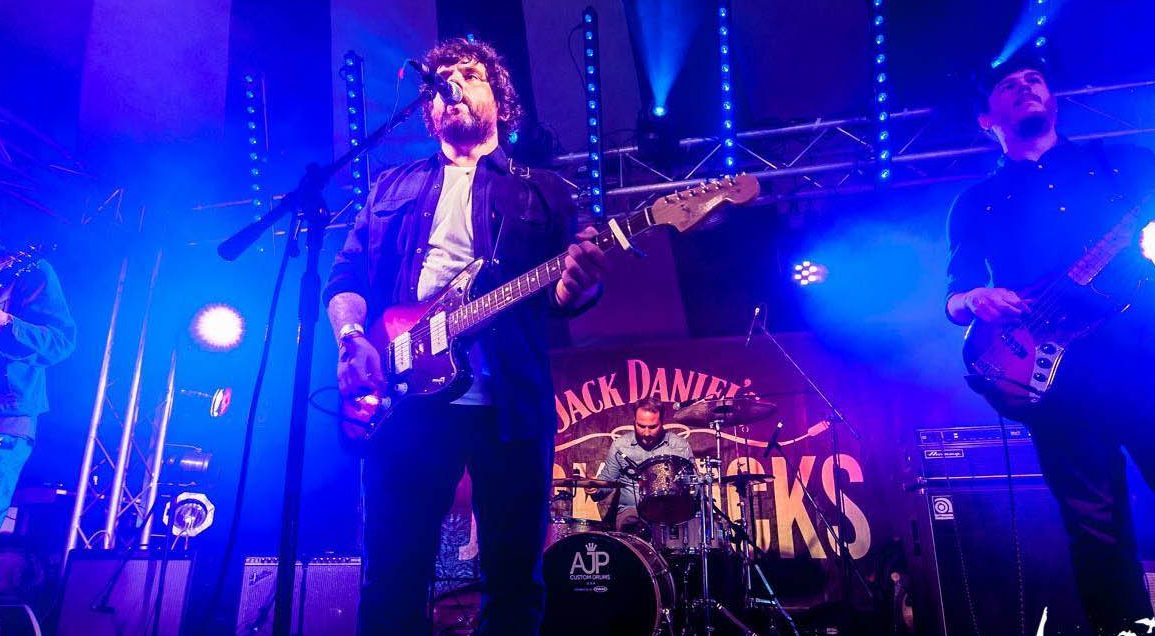 We take a few minutes with Foggy City Orphan, the balls-to-the-wall Glasgow family four-piece who are just about to record with producer Paul Savage, the man behind three Mogwai records.

Can you tell us a bit about how you met?

The band is a family affair with two brothers, a cousin and a best friend. So it was only natural that we started playing music together!

For those unfortunate souls that haven’t had the chance to listen to you yet, how would you describe it?

Garage Rock with ambitions to be as big as a house.

If you were offered a slot on the mainstage at Glastonbury but you could only play if you all swapped instruments, would you do it?

Of course we would do it, but they probably wouldn’t invite us back the next year.

Check out ‘Turn It On’

Can you talk us through your songwriting process?

We each just bring rough song ideas to rehearsals and we just build on it from there.

We have a good musical understanding with each other, so its a collaborative process that works well for us.

What are your biggest musical influences? Are they all similar?

There is a wide and varied bunch of musical influences in the band everything from Captain Beefheart to Justin Bieber. Our guitarist John, in particular, is a big Bieber fan. I think they call themselves ‘Beliebers’ don’t they?

Can you tells us your top 3 favourite albums ever?

This changes every week, but right now in no particular order:

Marquee Moon by Television
Fire Of Love by The Gun Club
Entertainment! by Gang Of Four

What would you say is the best show you have played so far?

We’ve only been playing live shows for a year, so our experience is limited. But it would have to be this year’s Leeds Festival. It was amazing to play such a massive and well respected Festival. We could get used to that.

Can you talk us through your funniest ‘On Tour’ story?

I could. But then I’d have to kill you!

If you could choose one musician dead or alive, famous or not famous to join the band, who would it be?

Do you have anything exciting coming up that we should be looking out for?

We are booked into record with Producer Paul Savage who has recorded some the finest albums to come out of Britain so we are very excited about that.