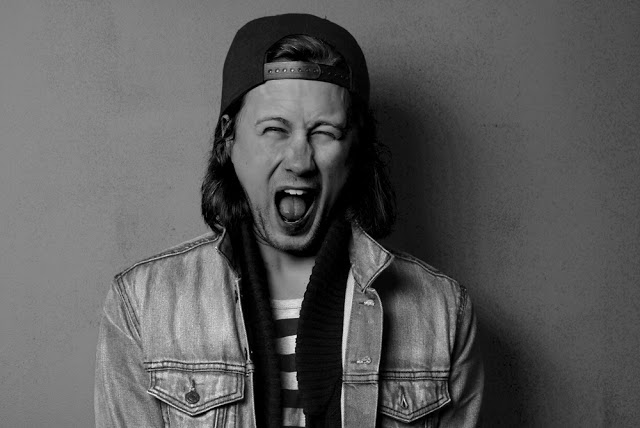 We caught up with Henrik R.Fossum aka Steinrøys who has released his album called “Circles” featuring vocalist Ed Martin to talk about his musical influences and future plans.
Hi Henrik, how are you and what are you up to today?
Hey, I’m very well thank you. I’m in the studio at the moment trying to write some new material.
To those not familiar with you, how would you describe your sound?
Our sound is a mixture between Faith No More, Red Hot Chili Peppers, Stone Temple Pilots with horns!
What are the 5 albums that have influenced you the most?
There are so many…
Mass Distraction by Span-(Norwegian band)
Alice In Chains- That’s the album name as well.
Ten by Pearl Jam
Pornograffitti by Extreme
Pheromones by Animal Alpha-(Another Norwegian band)
These are some of my most influential albums and are the ones I listened to when I was younger and got into Rock.
Which other artists are you into at the moment and why?
At the moment I’m listening to a British band called Moke and their album Carnival. Very creative writing with heavy guitars and dynamics. I’ve also been lucky enough to work with the guitar player -(He is also a producer/sound engineer) when I used to be in a band called Talking Endlessly.
I’m also listening to Noel Gallagher’s latest album Chasing Yesterday. Never really been a massive Oasis fan, but Noels solo stuff is great. Obviously because he is a great songwriter.
Where do you gather songwriting inspiration?
I get a lot of inspiration from other bands and gigs. If I start with clean sheets, I usually let whatever mood that I’m in take over and see what comes out. Sometimes its good, sometime its bad. I don’t like forcing myself to write anything. There will be months where I don’t write anything and then there will a months where I write songs every week. I’ve got a big folder on my Mac full of phone recording ideas and I like listening through them ones in a while and see if there is anything that sticks out.
Take us through your songwriting process. Are there any particular steps you take when put music together?
It always starts with me and the guitar. After I’ve written a riff, verse and/or chorus I piece together some sort of a rough structure of the song. Then I do a rough recording in my bedroom where I also adjust the song structure and send it to the singer. He then does his bit to the song and sends it back to me.
Vocals changes everything. You usually get another vision of the song and then I do a few adjustments to structure or even the chords.
We keep sending it back and forth each other and that’s basically how I get a song together.
What’s the best gig you have ever done and why?
One of my best gigs Ive done was in Norway with my old band back in 2004. We played at a festival called By.Larm, we kicked ass and the audience were rocking out with us. It was a great feeling and we got great reviews for our performance.
And the worst?
My worst gig was with a grunge band I joined as a guitar player. Everything went wrong. Starting with one of the guitars being out of tune-(not mine), couple of strings snapped, singer couldn’t reach the right notes and the drummer were in his own little world. We could barely finish the songs.
In the audience were all my good mates and family. So embarrassing! Never again and we kicked out the drummer, I replaced him, bought the guitar player a tuner and from there we actually sounded great. haha
If you weren’t a musician what would you be?
I would probably be a builder….
Do you have any information regarding upcoming releases, projects or gigs in the pipeline that you would like to tell us about?
I’m putting together a crowdfunding campaign and are looking at getting it released in September time. I’m also looking at putting a tour together and get band on the road as soon as possible.