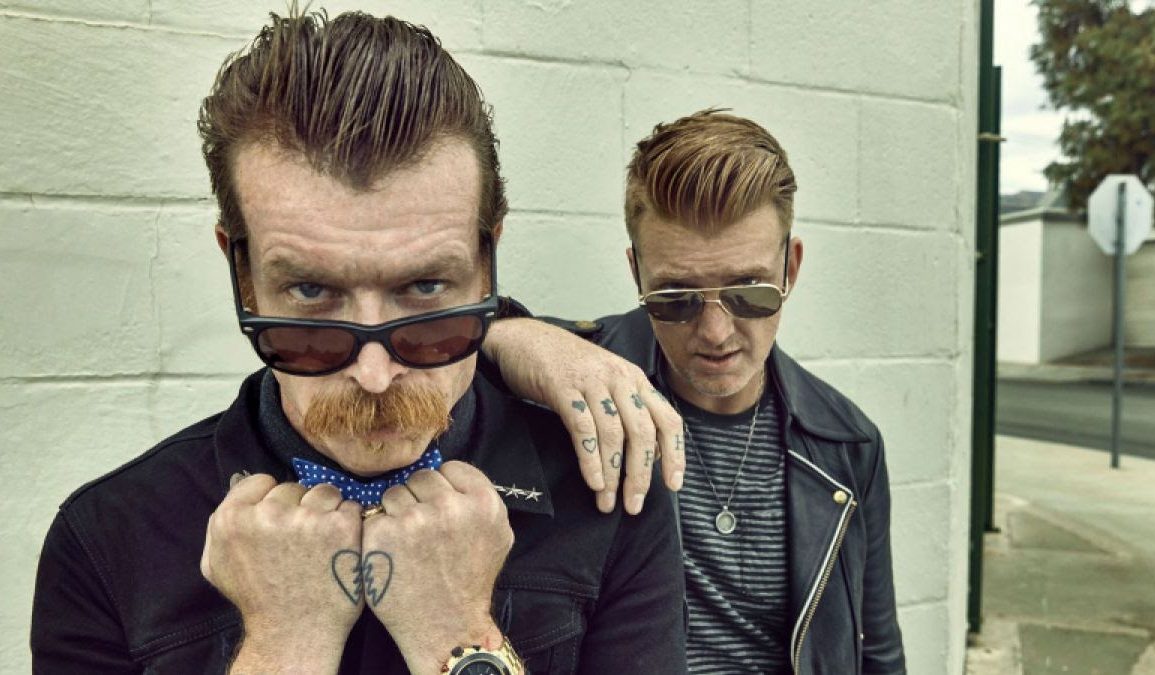 Eagles of death metal love you all the time.

In fame history, thousand of people were and are in the race to reach death as enlightenment, as part of their final work, their big masterpiece. For those who were in the process of making themselves “big” they reached their aim after facing and experiencing with the dead. Whatever was the main reason some of the most pop iconic names obtain their highlight after dying or committing suicide. We can name dozens of them and the list will go on. As an example Ian Curtis who, with his band joy division, at the time they were playing, they would be throwing gigs at small clubs for a crowd of no more than a couple of teens, and like 30 years later (and after a suicide) we can buy their merchandising in places like Topshop, Primark, Urban Outfitters, etc. we can see our lame older brother who knows nothing about music and works as a lawyer wearing a joy division t shirt when he is off work. We can also think of “the club of the 27 year old” who is conformed by a bunch of post adolescents tired of the fake frivolities of life and boring partners, but most of all, they were escaping from the worst living hell prison a living human can live between normality: fame. They tried hiding, re-transforming themselves, changing their image and name, but the only way they would be able to finish with their curse was death, and guess what? They become even bigger than they were, even more famous than they ever thought they wanted to be, their image got to places they never thought was possible to be. Conscious or unconscious they’ve made their final move.
But
what happens when
someone else
does the master move for you?
Nowadays, in this modern technological world, where the greatness of a band is judged not because of the way they sound, or their originality, or their mystic but their likes on Facebook, Eagles Of Death Metal’s past posts reached sometimes 300 likes, sometimes 1000 likes, and rarely 5000 or 7000 likes. The 13th of November of 2015, the day a gunmen entered The Bataclan in Paris and opened fire on the crowd, leaving at least 90 dead, a post that says “We are still currently trying to determine the safety and whereabouts of all our band and crew. Our thoughts are with all of the people involved in this tragic situation.” reached over 310.000 likes (and counting), a number reached by a really viral post of someone like Justine Bieber.
Eagles Of Death Metal gave their first interview, after the historical event, with Vice, and some of the things they’ve said (words mixed with tears) are this:
“we are in the podium right now because we are the band. we represent the fans that did not make it, the people that did not make it who’s stories might never get told”.
“You start doing things like this: writing a list with the names of those ones who didn’t make it and you don’t know why. It’s hard to believe. I do this just to see. I like, I don’t know, want to talk with their parents”
“What would you tell them?”
“I dont, I dont know, that we are here for the eternal support.”
“Rock and Roll is a blessing for me. I have friends, I have a house, and now we carry the name of the dead.
I can not wait to go back to Paris, I can not wait to play at The Bataclan again, I wanna be the first band to play at The Bataclan when it opens back. I was there when it happened, when the minute of silence occurred. our friends go to see Rock & Roll and die. I wanna go back there and live.”
“There was no other choice, we finished the tour for ourselves and for our fans and nico alexander. It’s our way of life.”
The Eagles Of Death Metal top itunes rock chart as fans fight the paris terror attacks with online campaign.
“The feeling of something good is coming now.”
EODM interview with vice after the massacre ended with them saying “don’t move, we will come to you.”
What’s the price of fame? Everyone wants fame, everyone thinks they were born for fame, but is everyone prepared for fame? I bet our brother is going to change that Joy Division t shirt for the Eagles Of Death Metal one he just bought new from Urban Outfitters.
Marilyn Manson once sang Rock Is Dead. Today for EODM rock is more than alive; for EODM rock is life.