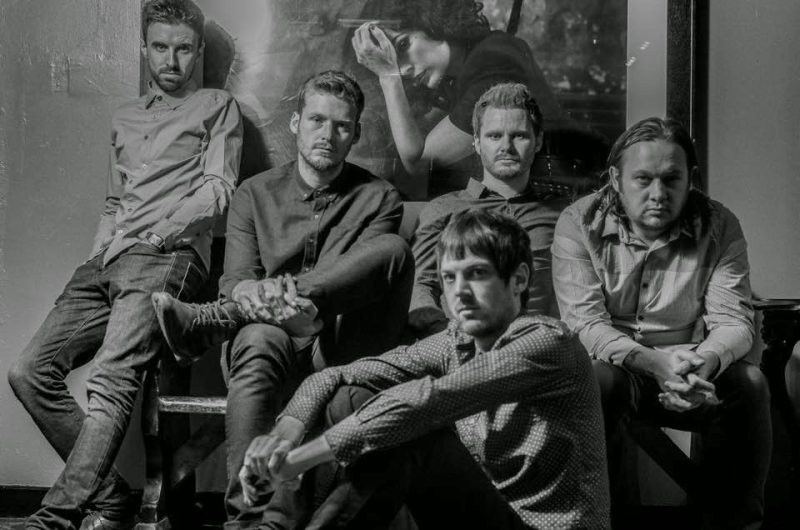 Manchester indie-rockers Puppet Rebellion formed in 2013 and consists of frontman Oliver Davies, guitarists Paul Trochowski and Craig Gibson, Bassist James “Jim” Halliwell and drummer Danny Moss. They have been compared to the likes of Bloc Party and Interpol – a tall order but the praise is well-deserved as the boys’ unique sound sets them apart from other indie bands. We caught up with them ahead of their first London show to find out more about them. Read on to find out which band member has a Justin Bieber obsession and who would most likely be an international playboy if they weren’t in the band…

Hi there, how are you and what are you up to today?

Hello, we’re good thanks! Today we’re trying to sort out travel and accommodation for our gigs in London and Bristol next week. We’re looking into hiring a van and staying somewhere near one of the venues. At the moment, I will be sleeping in the van – so I’m hoping that the planning progresses in a more favourable way…

What are the 5 albums and artists that have influenced you the most?

That’s a really hard question! I think I have a pretty eclectic taste in music, so I’d really struggle to single anything out. My taste ranges from Simon & Garfunkel to Megadeth! I reckon that between myself and the rest of the band, we probably like pretty much every band going. For example, our rhythm guitarist Craig is a huge Justin Bieber fan 🙂 (I suspect this was a fib – we can only hope!)

What other bands/artists do you really like at the moment and why?

Personally, I’ve been listening to The Struts, Catfish & the Bottlemen and Pink Floyd recently. Because they’re all on Spotify!

Where do you usually gather songwriting inspiration? What is your usual songwriting process?

Our inspiration and processes vary quite a bit from song to song. One of us can come in to practice with a musical or lyrical idea and then we will use that as a springboard to progress the song. Then usually Craig will take it home and totally re-write it into something that he likes!

Your EPs ‘Chemical Friends’ and ‘No Means Yes’ have been met with well-deserved critical acclaim. When can we expect a full-length album?

Probably not very soon! We’re trying to be really careful about how we approach things – a band only has one chance of a debut album and we want to make sure we do it at the right time. For the moment, we’ll be releasing EPs/Singles!

You’re playing at the Hoxton Bar & Kitchen in London next week, are you excited for the show? What can we expect from your live performance?

Yeah, we’re very excited! It’s our first gig in London so we plan on smashing it. You can expect a highly polished and very energetic show – we’ve been working hard on getting things right. And then after the show, because we’re not driving, you can expect us to be getting pissed somewhere in a corner of the venue.

What’s the best gig you have ever done and why?

I really enjoyed one we did at a place called Gulliver’s in Manchester a while ago. It’s not the biggest venue, but the crowd loved it and the floor was literally bouncing. It was a great night!

What’s the worst gig you have ever done and why?

We played at a ‘festival’ once. It was in a pub and there were 3 people in the crowd. Not our finest hour!

If you weren’t musicians, what would you be?

Ollie would be a swimwear model. Paul would be an international playboy. Danny would be a football hooligan. Craig would open his own non-profit vegan bakery and I would probably be a careers advisor.

Finally, do you have anything coming up in the pipeline e.g. new releases, gigs or anything else you would like to tell us about?

Our new single ‘Watch Me Fall’ is out on 23rd Feb and we’re touring across the UK to promote it! Check our website for dates!

Thanks very much for taking the time to chat with us Puppet Rebellion!

Stalk the band via social interwebs: